Ladbroke Grove bridge and the nearby station are on one of the a key access routes to Portobello Market. Pre-works the bridge structure and its surrounding environment were in an amazingly neglected condition. Urban Eye initiated the bridge renewal after negotiations on possible interventions with London Underground and term engineers Metronet in 2007.

Metronet subsequently repaired the bridge, installed anti-pigeon mesh and repainted the structure to Urban Eye specification. Laminated prints were fixed to the bridge parapets and corrugated panels designed by Miles Watson were installed under the bridge to create a distinctive feature at the location. New lighting was later designed and installed by Urban Eye in partnership with Light Projects Ltd. 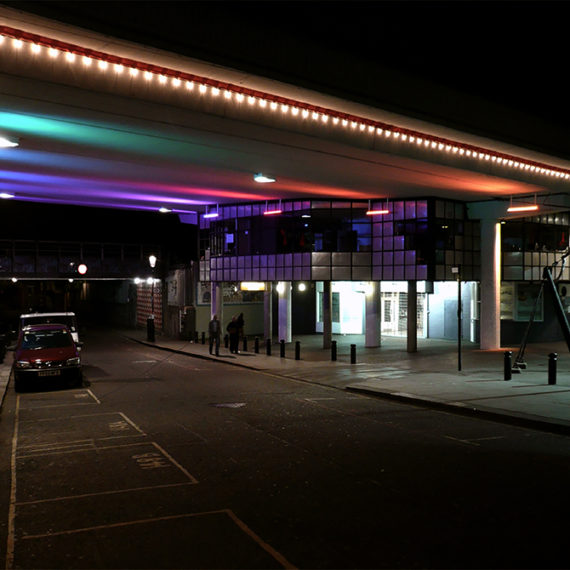 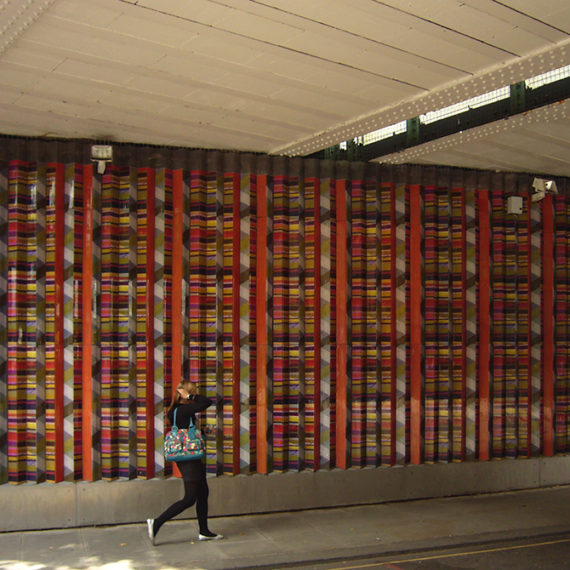 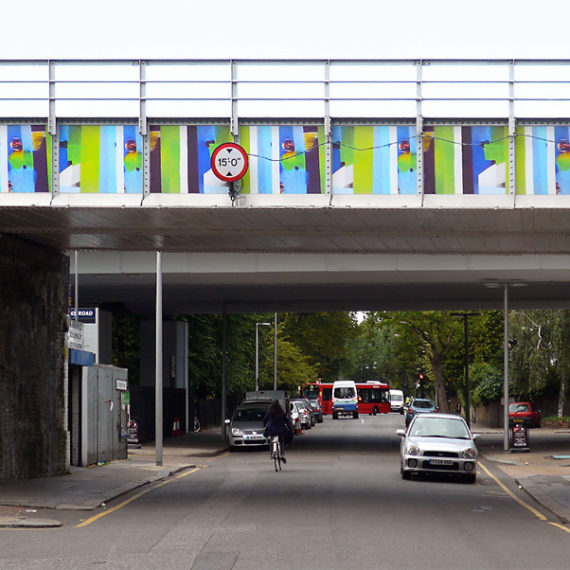 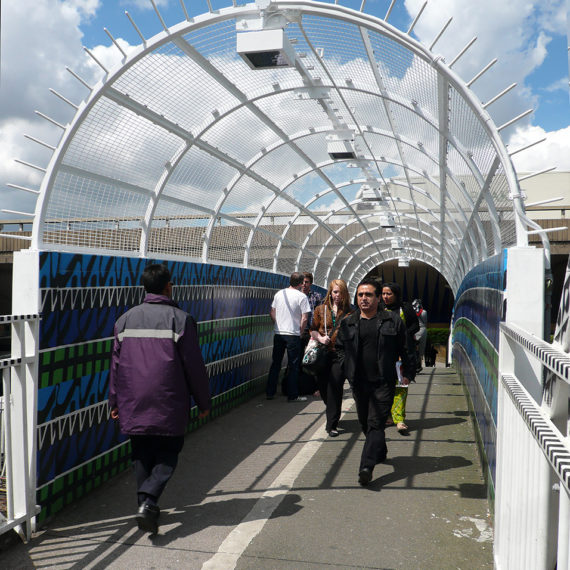